In Media Res was a performance-based live game where participants engaged with the politics of a fictional hive of bees, voting on major decisions that would irrevocably change bee society. Through live performance and multimedia "cultural artifacts" from the apian community (including text, posters, photography, social media, and other works that formed an ergodic picture of bee society), participants could better inform themselves about issues at hand. When they were ready, participants would ritually consume honey to cast their vote, and then face the consequences of their political decision.
In Media Res was commissioned by Pioneer Works as part of their FACT CRAFT project: "a collaborative, cross-disciplinary program series that examines the ways “facts” are constructed, crafted, presented and disseminated." It was exhibited at the gallery during their "Second Sundays" programme. 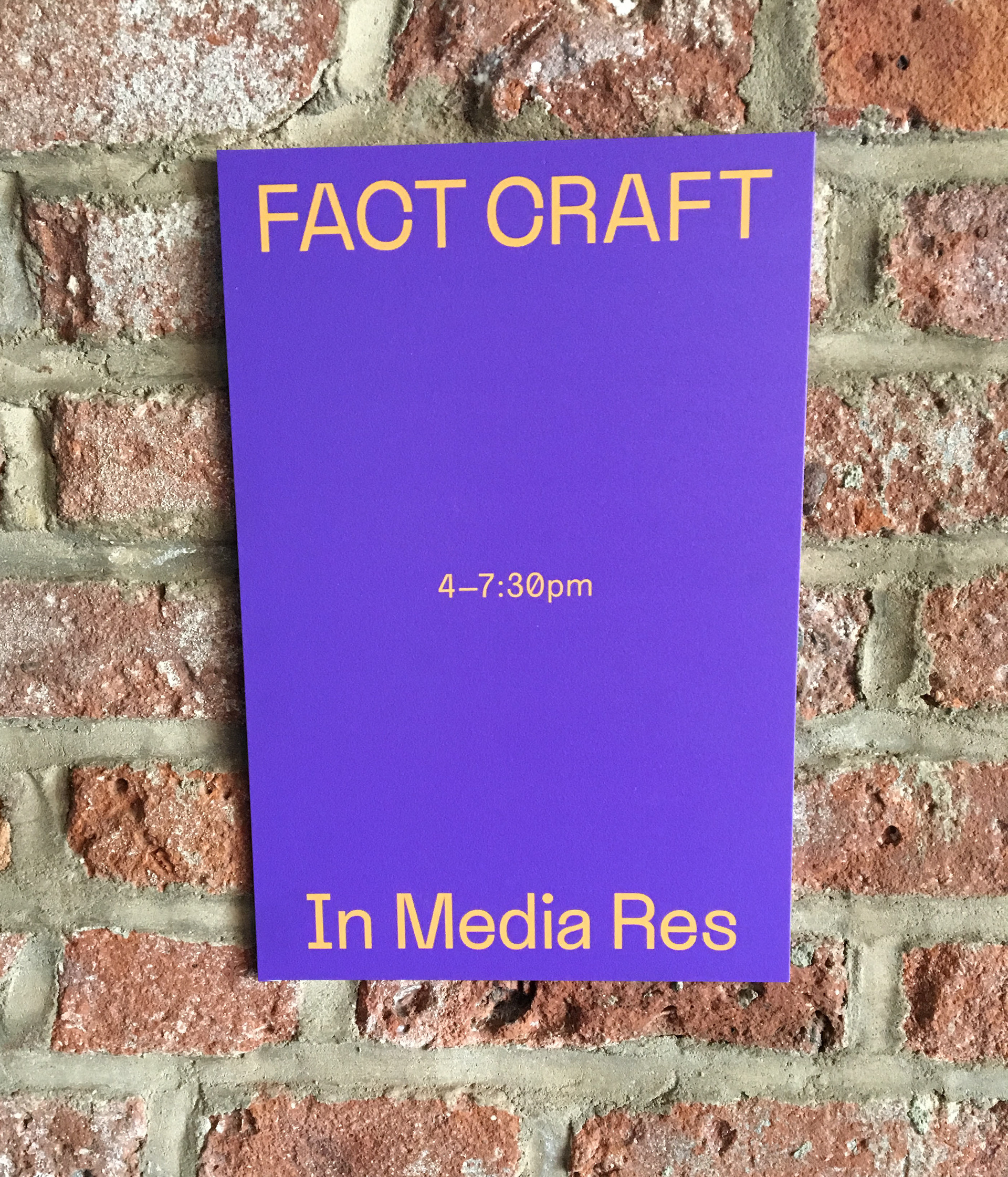 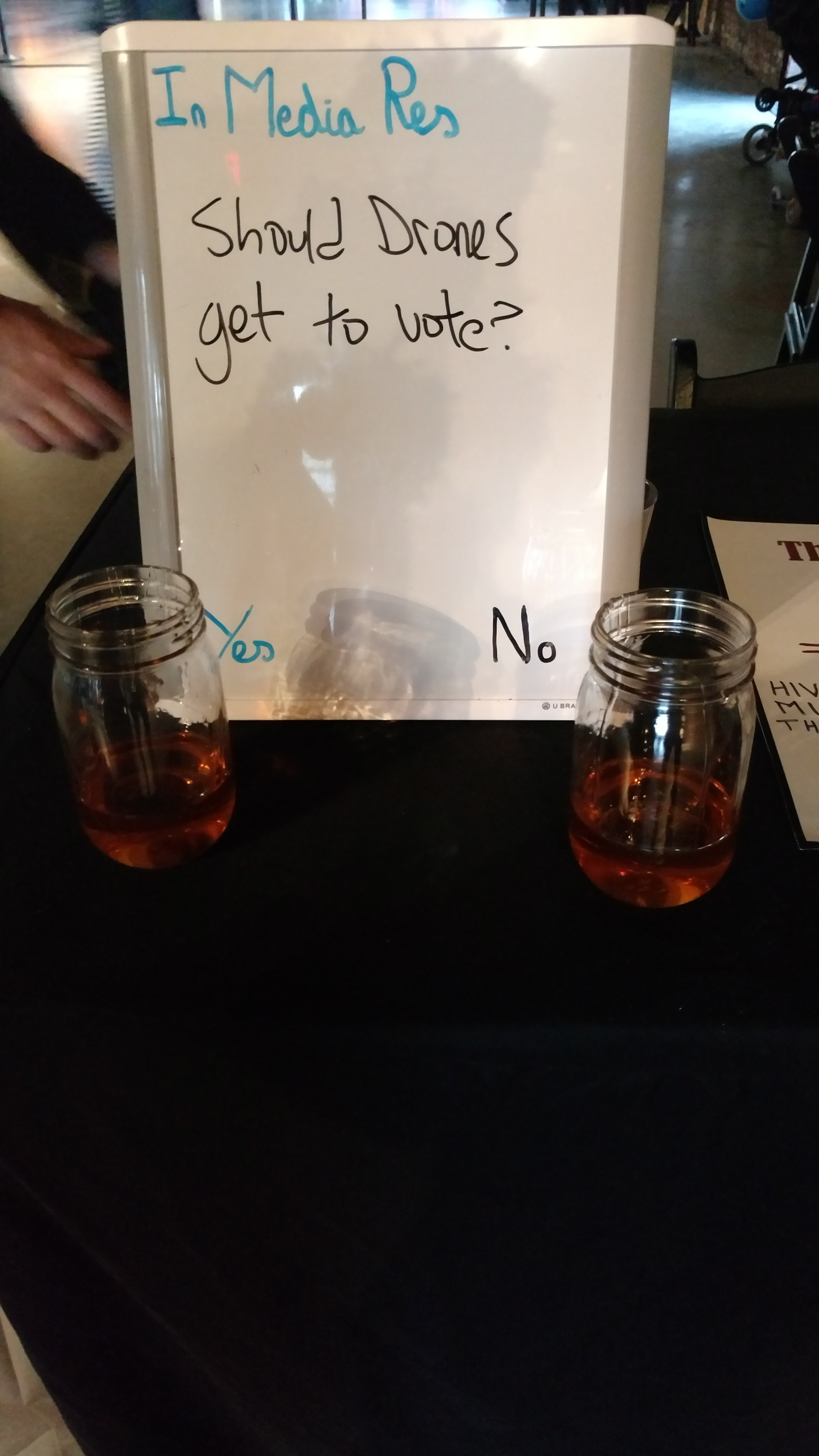 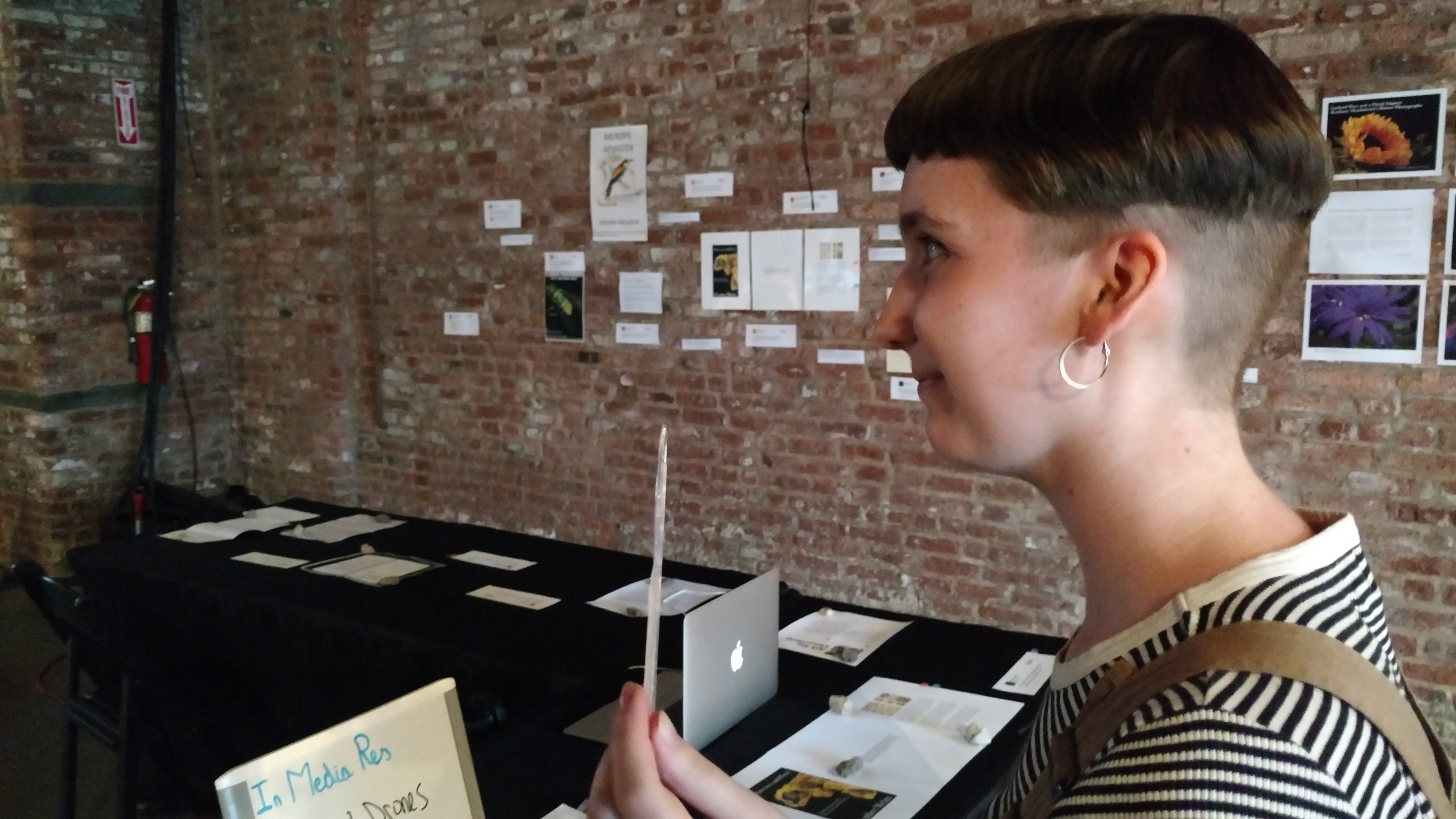 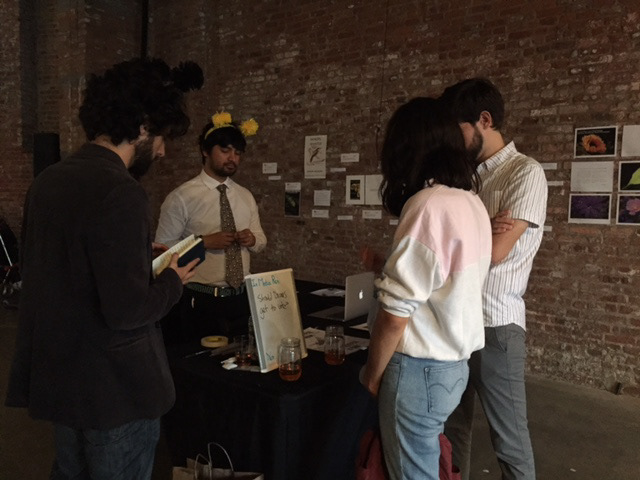 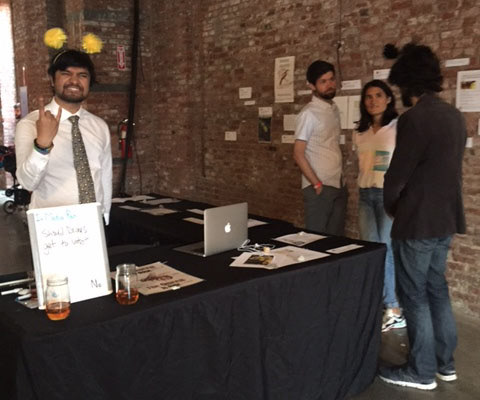 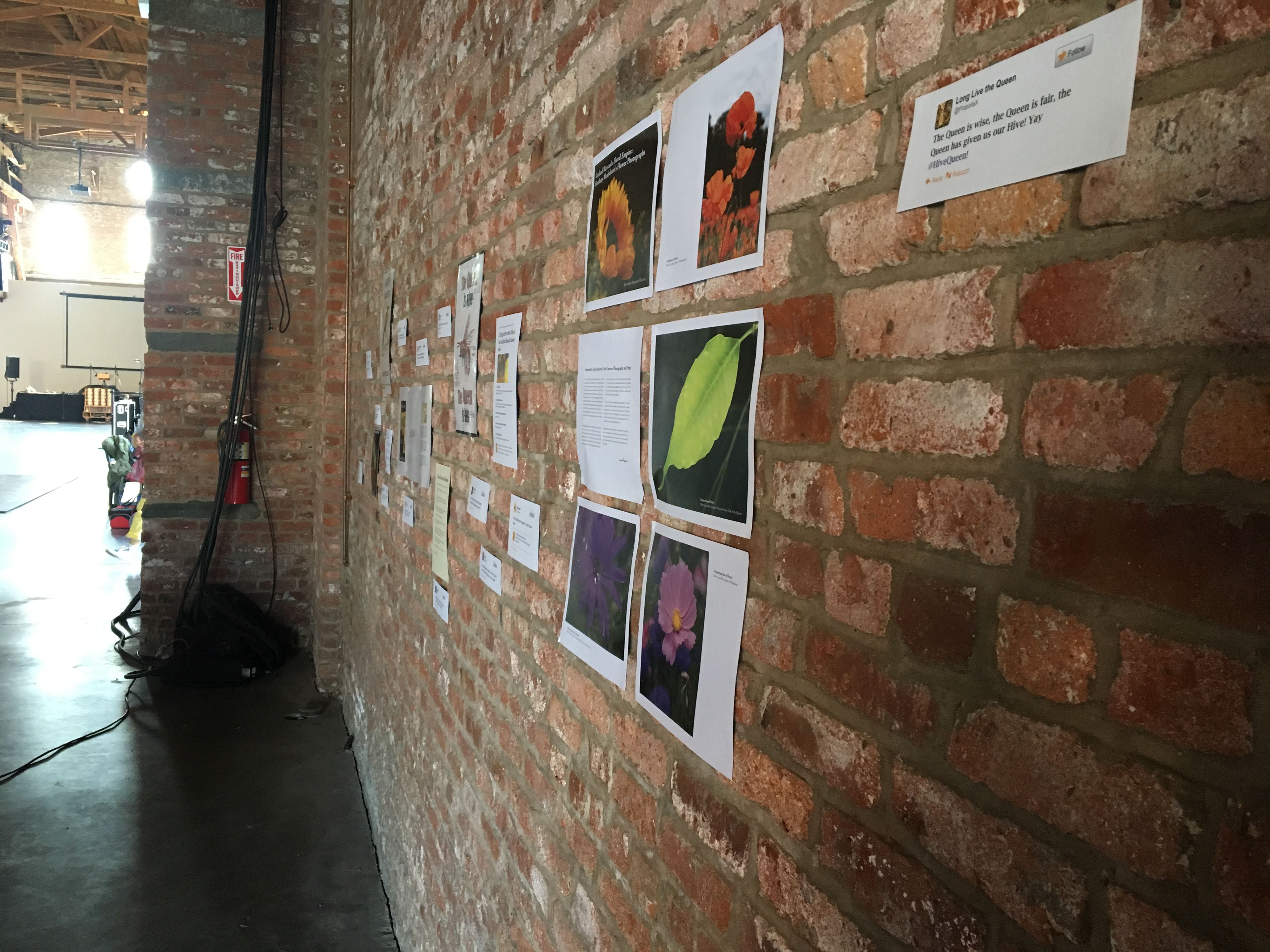 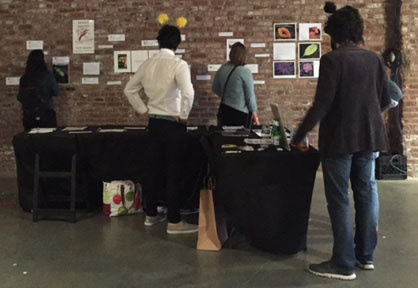 Posters, some propaganda, some informative, and some merely illustrative of bee culture, were created using open-source imagery. 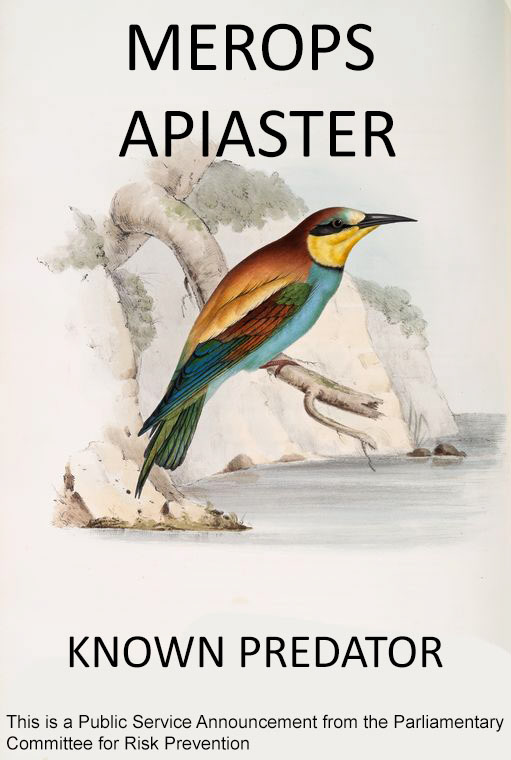 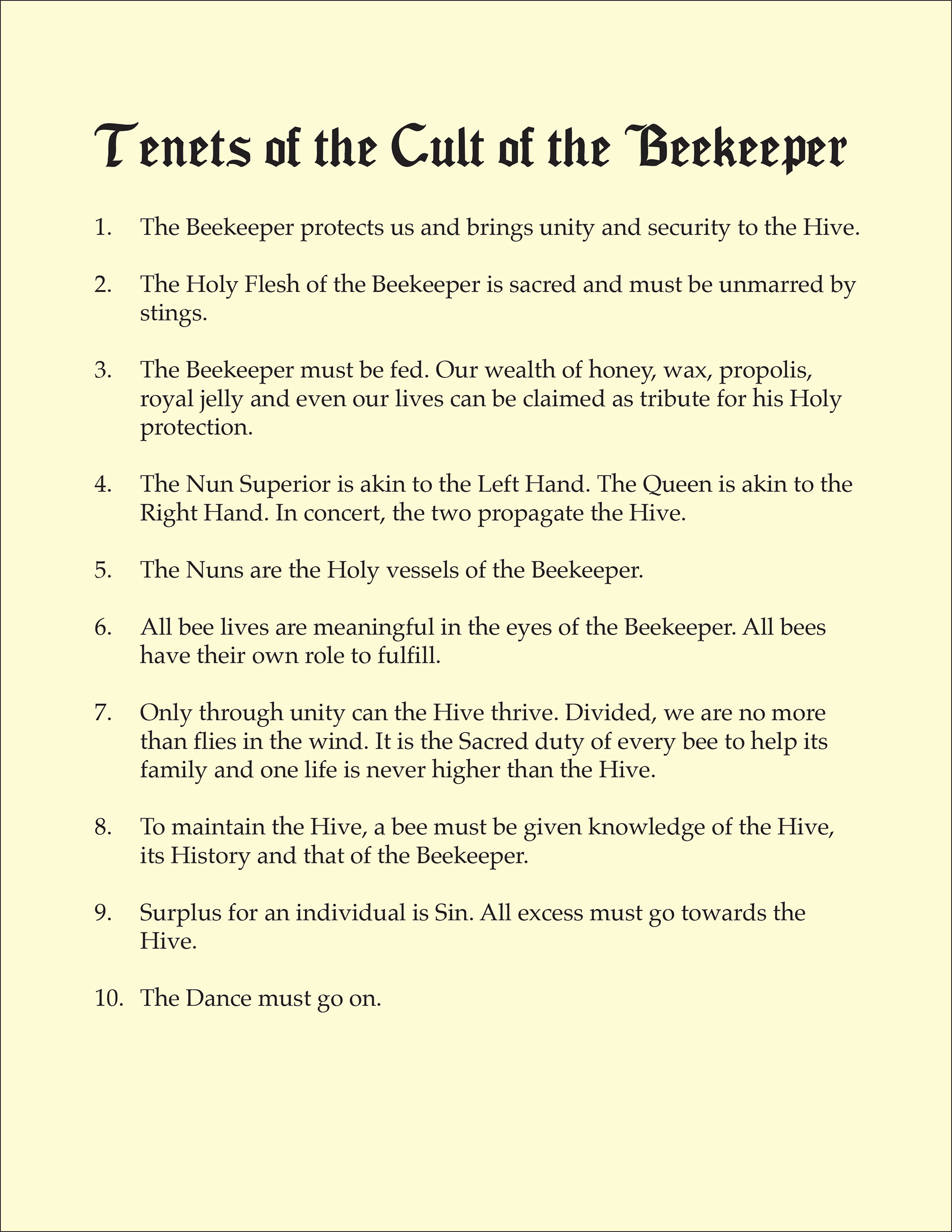 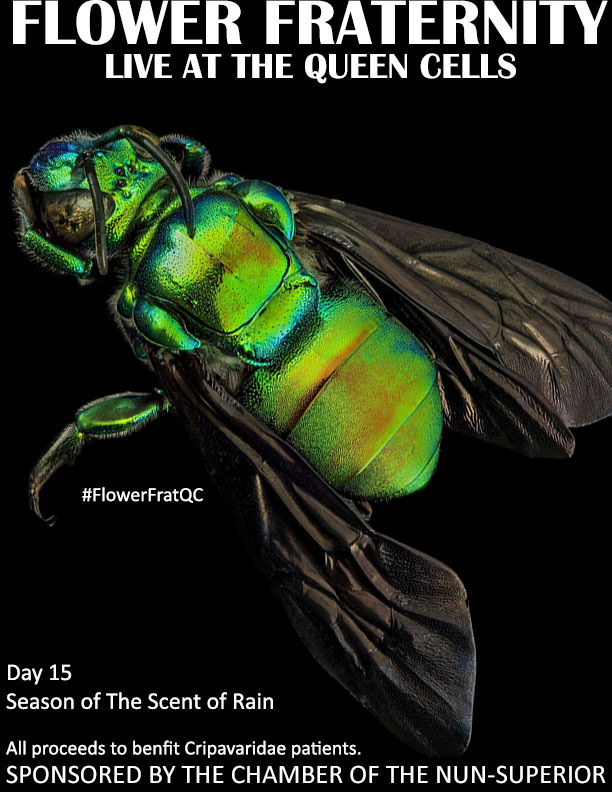 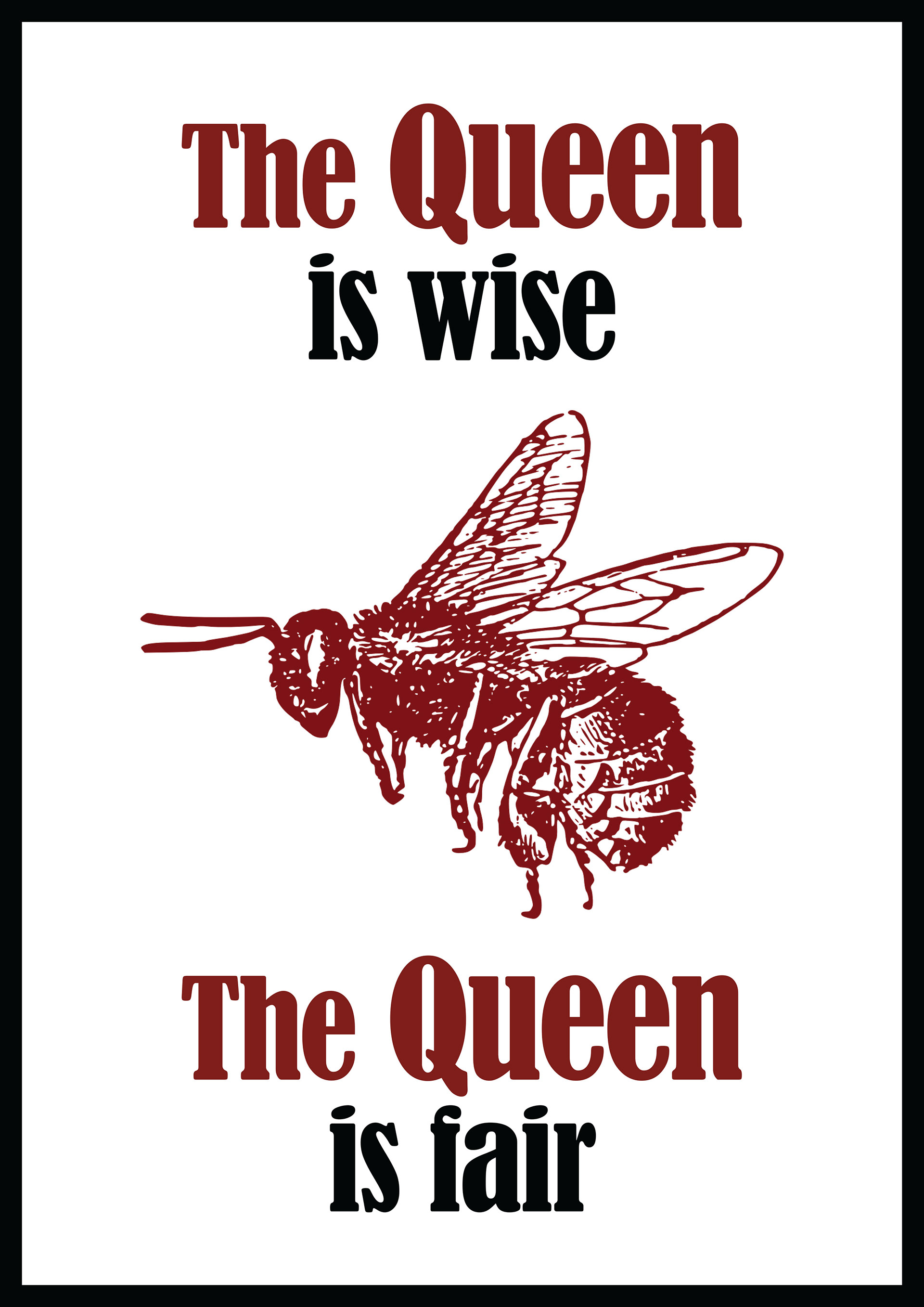 Singers and voice-actors were commissioned to create audio pieces that participants could listen to.
Below: a propaganda song extolling the virtues of the Queen, and a piece from a radio show by a polarising political commentator.
A mini photography exhibition, consisting of public domain photographs, was "curated". 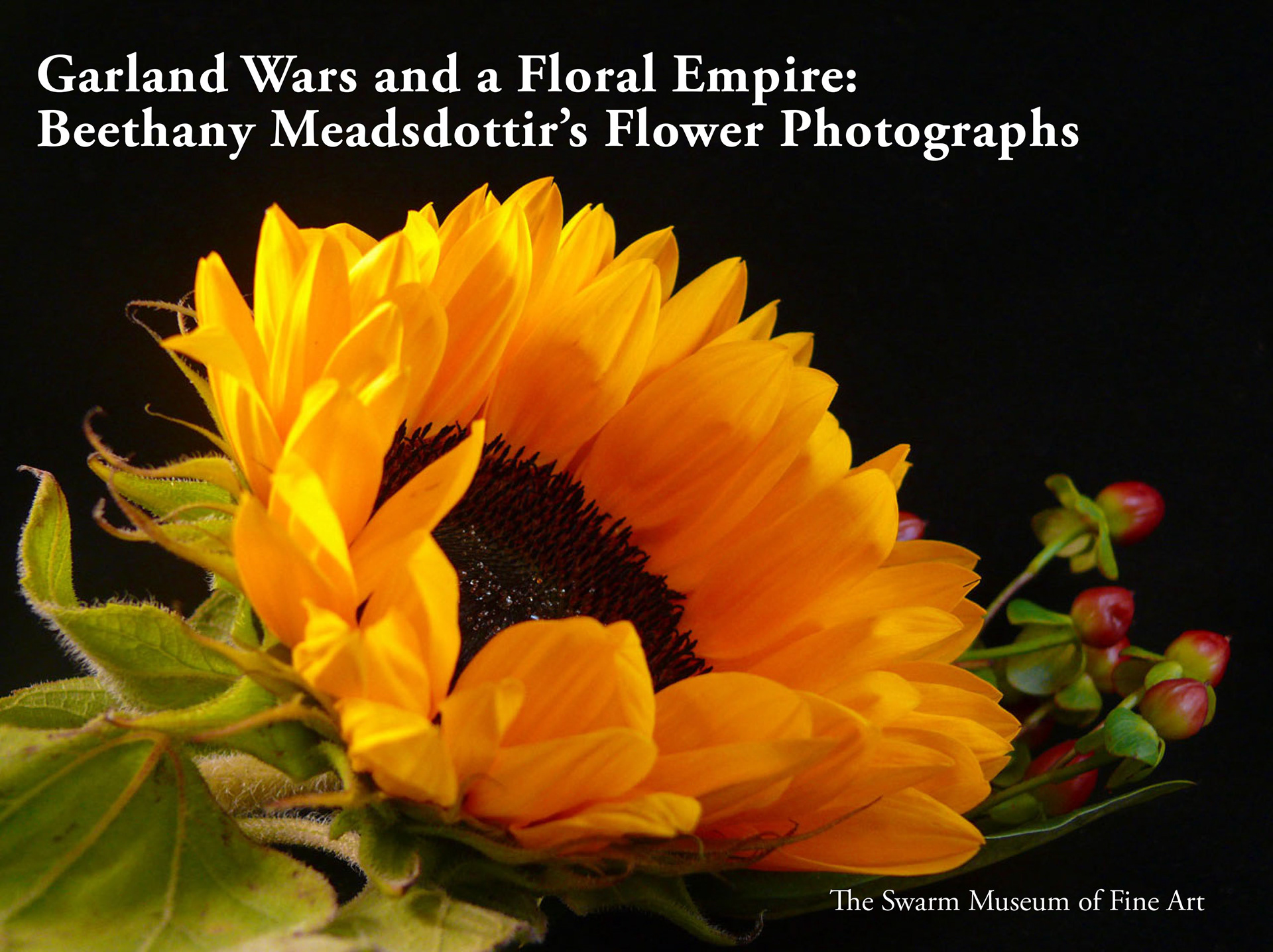 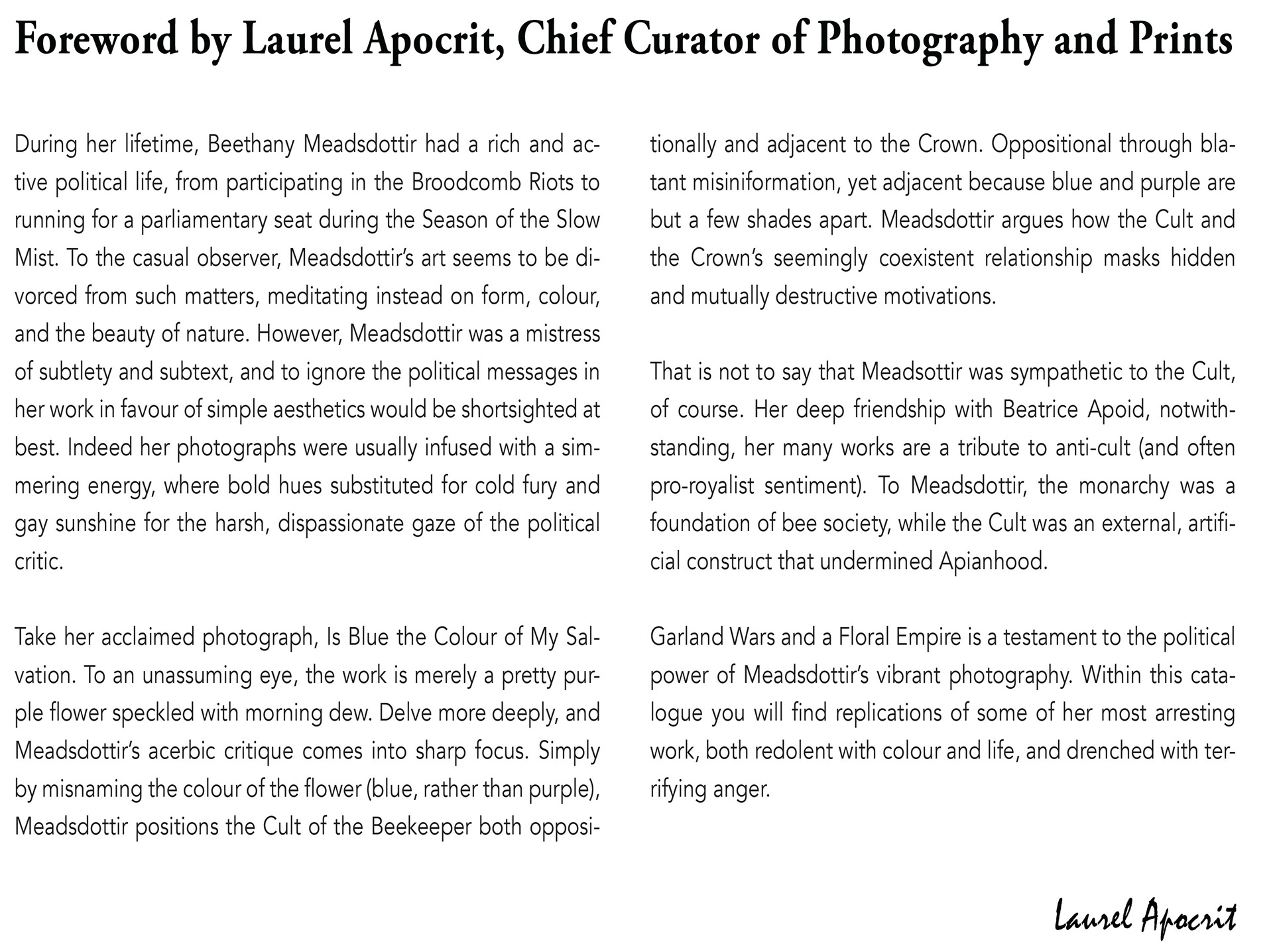 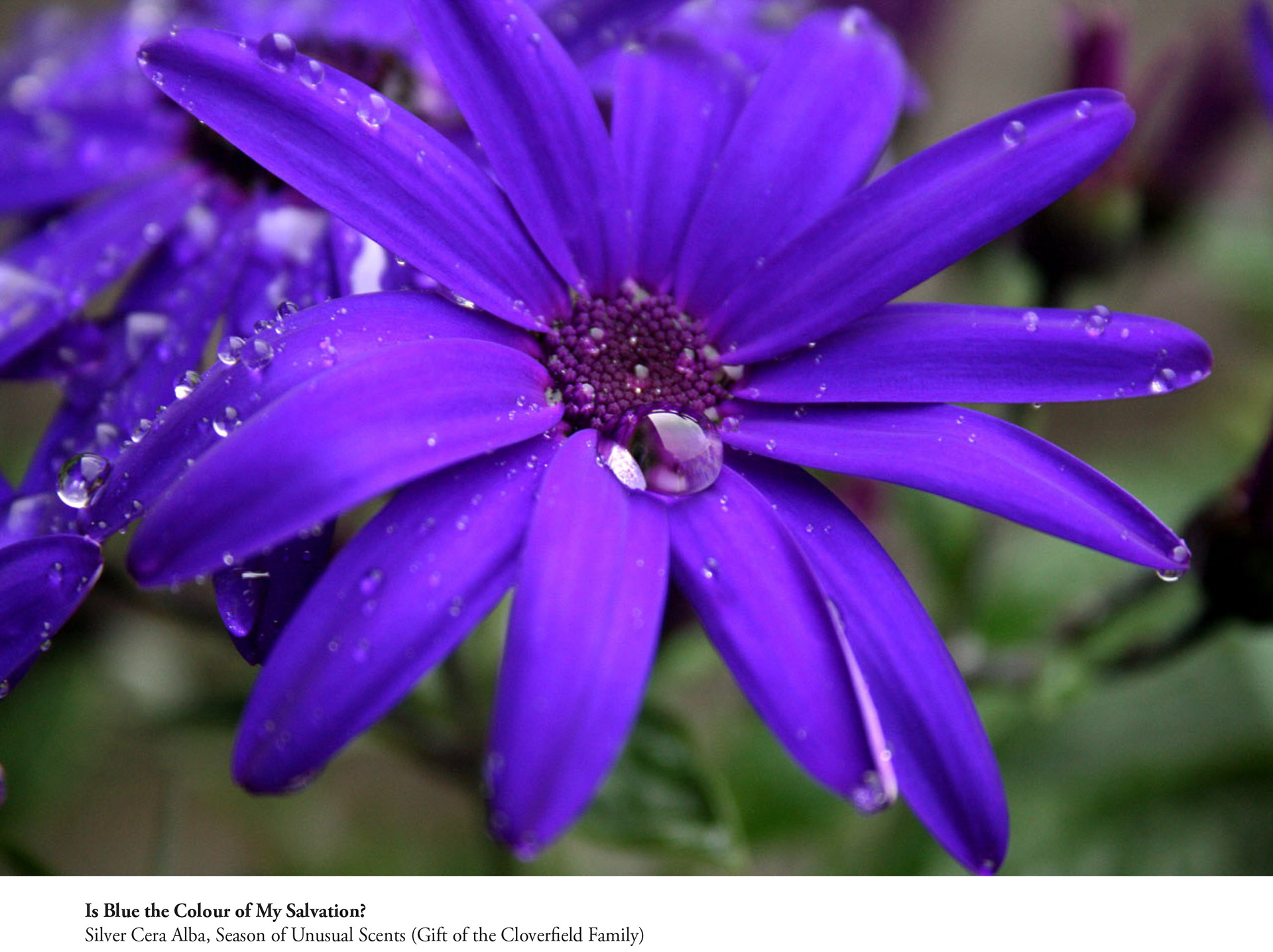 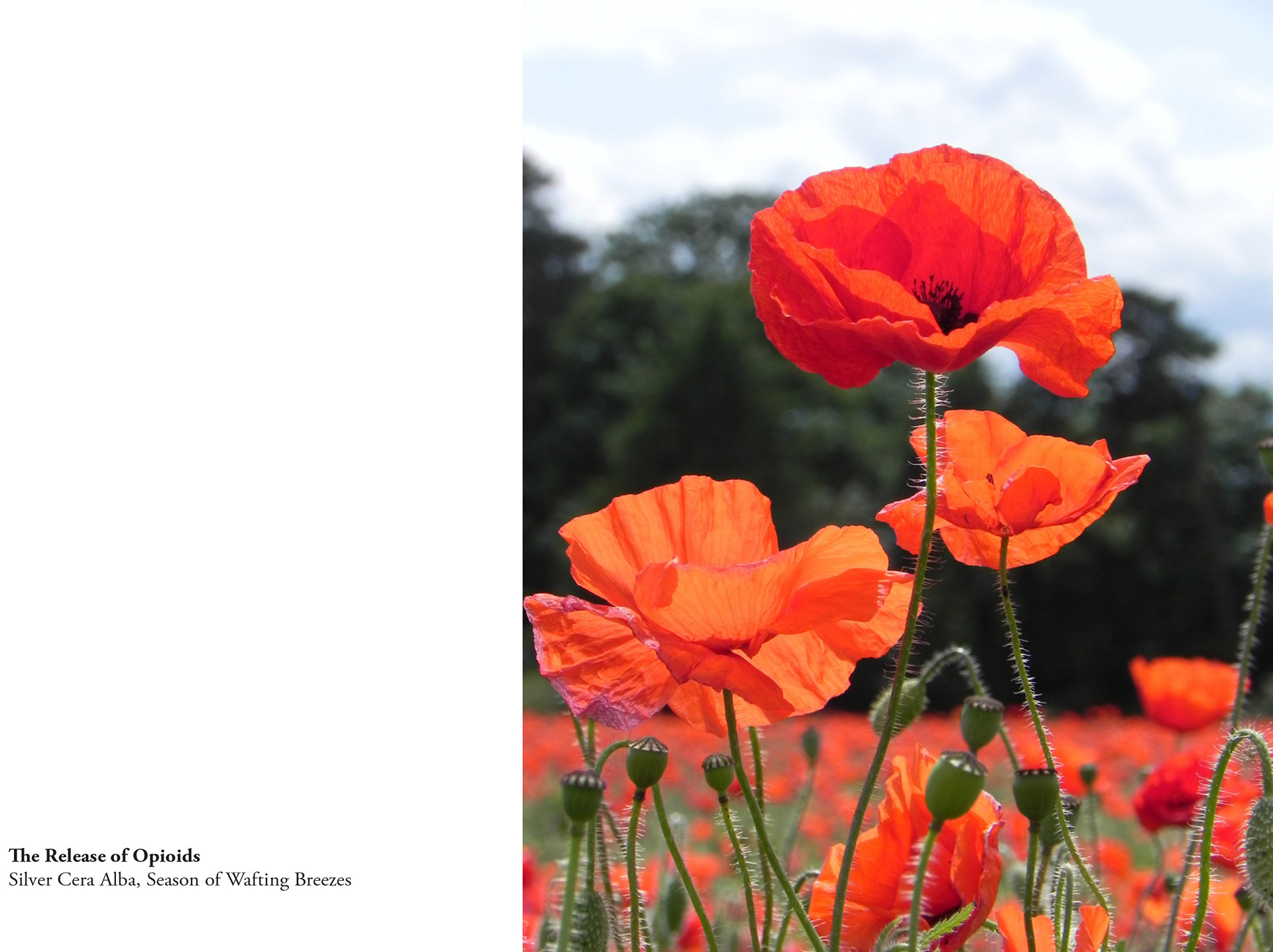 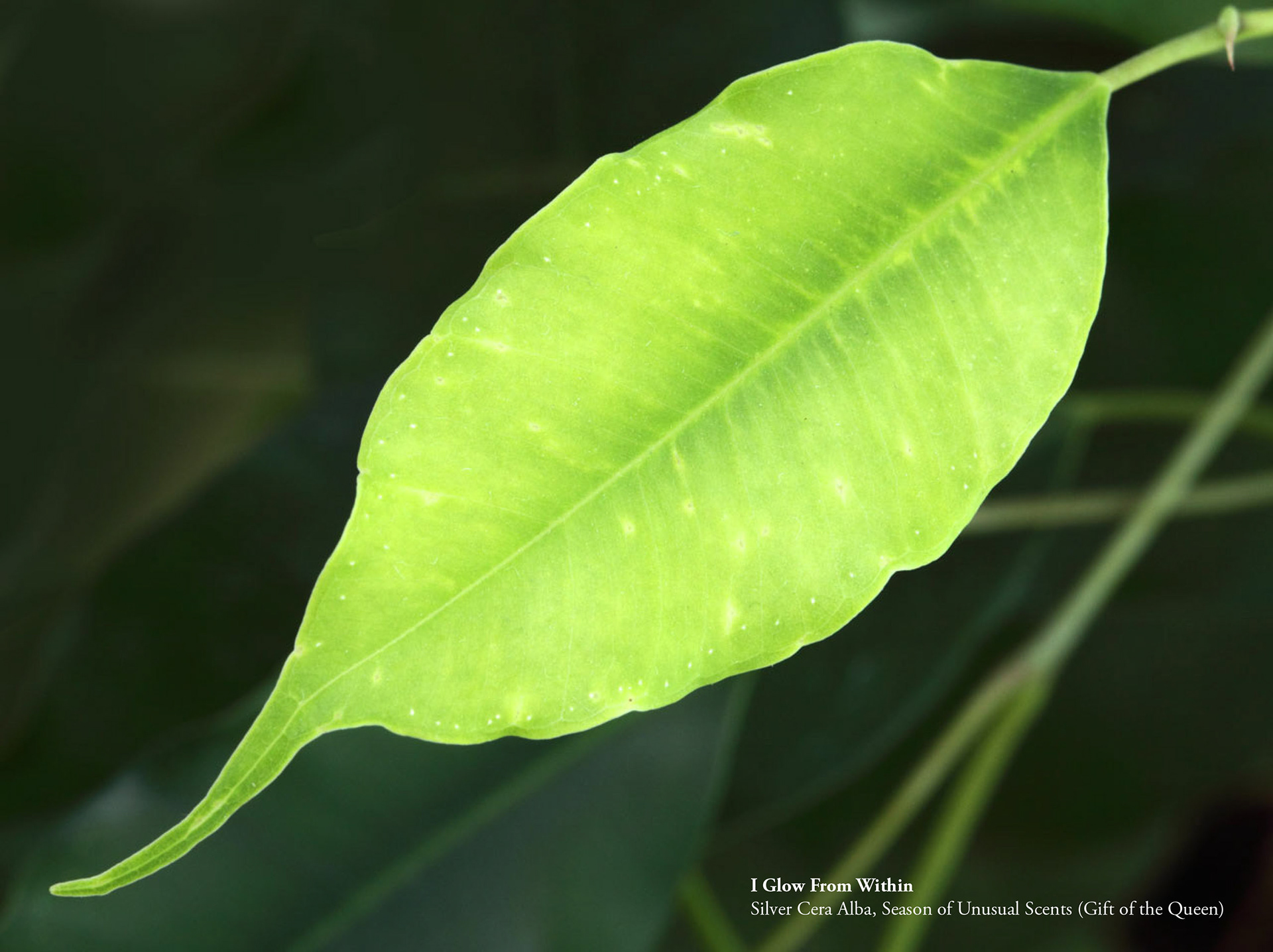 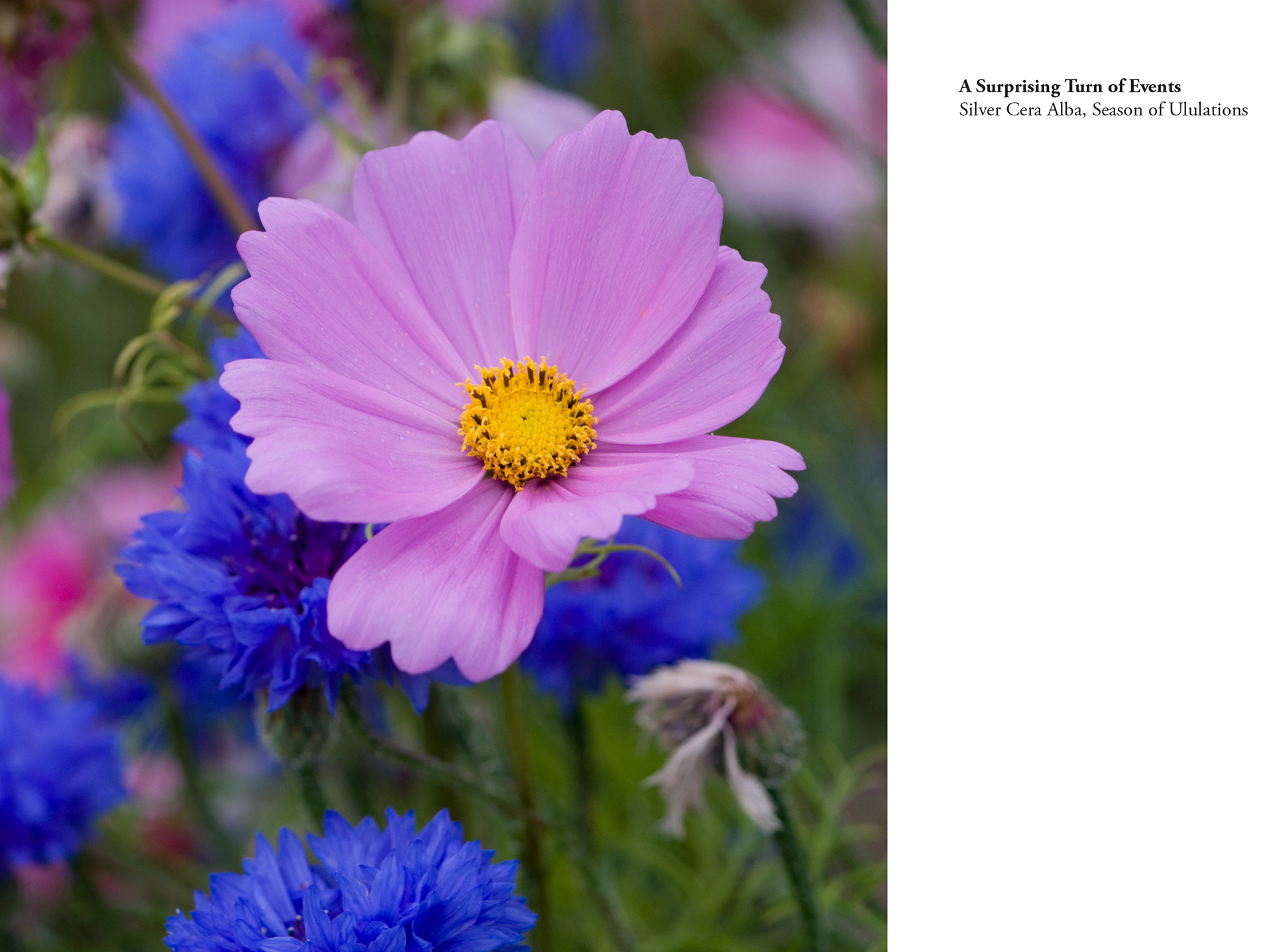 Large amounts of text were created for the project, including book excerpts, diary entries, social media posts, newspaper reports, and scientific articles. Some were designed to sound more reputable than others.
Below: a selection of social media posts, an excerpt from a book on bee culture, and a listicle.

When participants had consumed as much media as they wished and felt they were better informed about bee society, they were invited to take part in a vote to determine the fate of the Hive. After ritually consuming honey to cast their ballot, participants were then informed about the consequences of their decision.